‘Entitled to Enabled – 5 Successor Tests for Our Times’

‘Entitled to Enabled – 5 Successor Tests for Our Times’

‘We needed to stop asking about the meaning of life and instead to think of ourselves as those being questioned by life – daily and hourly.’ Victor Frankl, Philosopher, Holocaust survivor.

In early November 33 skippers set of on The Vendee Ocean yacht race from Les Sables d’Olonne on the west coast of France. A single-handed circumnavigation of the globe over a distance of 44,000 km, it is hard to imagine a more stern and arduous test for the – now 32 – skippers. While to complete is the ultimate test, the odyssey will throw up – at times literally – a series of tests all of which must be overcome if one is to reach France again in 60+ days.

Alone, non-stop and always on – a yacht race such as this is a good metaphor for the path undertaken by a successor to a family in business. At the outset you start from a ‘low’ base – that of entitlement. In principle you are there because of your name. As you progress, you build – as the skippers do – your authority, the authority that comes through the process of iterative testing. 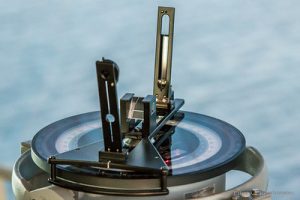 The result of this testing determines the perception of followers – your family and others – have of you to answer the question “Are we in good hands?” For the skippers, the question on the minds of sponsors (and family) is will he – and increasingly she – make it? (And bring the boat back.)

Stakeholder opinion and attitude matters. As a successor you need to progress to a situation where you are empowered to successfully undertake the many roles expected of you. Your ability to set a base-line of credibility while you change the language from testing to enabling will stand to you in the long-run.

‘Smart successors…understand stakeholders’ need to know them better and they engage proactively with the process (of testing)’. Ivan Lansberg ‘The Tests of a Prince’ HBR.

To identify and manage these ‘tests’ and the possibility inherent in each, below are my thoughts on five types:

To  ‘enter the race’, you will need to meet requirements, those set externally and by recognised gatekeepers. Without these you cannot start, so it pays to know what they are.  External validation and satisfaction to ‘tests’ and requirements set by the family are the most evident requirements as you set your sights on a role. Such tests are as much a signalling by and of the family to third parties, of the ‘true and fair’ treatment of successors: university degrees, languages, outside experience, participation quotas and conditions. 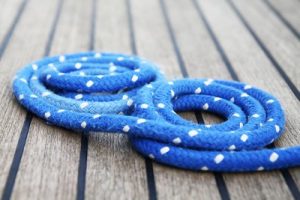 Families are not good at collecting data, and that which is collected can be designed not to show you in your best light. The only information known to all and on which they can (usually) agree, is your birthday. Everything else is up for discussion.

Make the effort to gather the ‘right’ (‘true and accurate’) data in a CV or Resume. Do this even as you progress in the company and make it available to those who want to see it.

‘The less information stakeholders’ have about a successor, the more intense the iterative testing process will be.’ Ivan Lansberg, ‘The Tests of a Prince’.  Lansberg, HBR.

The Ocean race follows a set path over the 44,000 km course. Deviation from this is minimal, subject to the vagaries of the weather and strength of the boat and equipment. So to for you as a successor. Active testing starts with an induction to the family business, to take in a number of roles each with a certain element of challenge. To pass you will need to put out some fires. But don’t linger too long: anticipate and manage the risk so that you do not remain stuck in such ‘special’ roles. Fail to do this and you may never ‘graduate’ to the next stage. Induction has to end.

While every new role and annual budget will include active testing, for you as a successor consider those challenges which provide both a significant possibility to develop and as opportunity to demonstrate your abilities and commitment to those in the wings. Consider each (even all) of these as you progress:

Active tests for family and company governance roles are less exacting and more nuanced. Tests of style and an ability for active listening are key as well as the ever present necessity to manage relationships successfully.

To-date in the Vendee race two yachts have returned for repairs and one has retired only 8 days after the start. As with the current pandemic, one never knows the entirety of what will happen until it actually does (whatever ‘it’ is). For those helming in open waters, circumstance – usually in the form of the weather – can be opportune as well as a setback. A wind-shift can significantly improve or hinder performance.

So too for successors. Reframe these trials of circumstance as collective challenge and joint responsibility (i.e. for a Family Council or Board). Frame the  ‘longer-term’ narrative with the possibility for both family and company to emerge stronger in time.

Consider how ‘followers’ make narratives about leaders. These are significantly infused with or built around how you manage the unforeseen, the circumstantial and the opportunistic. All grist to the mill of the entrepreneurial successor seeking to lead.

Indeed, these tests – and the response to them – are particularly important if the stakes are high (threats) and/or narrative becomes couched in relationships (mostly strained) and not facts. Once known, observers will stand back to assess how you respond. Are we in good hands? Will he/she bring the boat back?

In this case, do two things. Increase your communication and engagement: be very clear on what you can and will do. Second, take care to apportion credit for any results to those alongside you deserving of praise. You will be judged on this; leadership is also a team sport.

If things do become fraught and you don’t achieve what you want or land that role you thought was yours, accept the outcome, even though it may not (initially) be in your favour. To engage in testing is by definition an acceptance that the outcome may not that which you desire. In effect you end up in a circumstance you did not want. As for the single-handed skippers of the boats, learn, re-group (or repair) and return: time and fair winds may get you there after all.

Self-imposed tests are almost limitless but two are worth calling out. The first is the natural tendency to perfection both in activity (always on) and results. As a successor you must constantly self-monitor to counter the drive to do more.  To worry about perfection is futile: you will never attain it.

‘Successors must learn to walk the line between the inspiring and the deliverable.’ Ivan Lansberg, ibid.

To work ‘smarter and not harder’ is the popular refrain. Successor’s know otherwise – cue the ever-presence of blurred family and company boundaries and the need to manage same as counter to the threat of constant scrutiny and life-long association.

Duty, is the second self-imposed test and the close cousin of perfection. While admirable in a way, it is a trickier test being both relentless and binary. For the yacht skipper the challenge itself is evident each and every waking minute; for the successor the challenge can be totally self-imagined or entirely self-imposed. It is only through periodic self-assessment, interaction with others and clear feedback that you can decide if the next stage is worth the candle. For skippers this is the progress to the end-line in the knowledge that it – the end – is there.

Ultimately, you must weather the reality of assessment and inevitable bias of key audiences. By the time the skippers left the dock in France, these ‘tests’ had (for the most part) been met. As a successor, you are not so lucky. Family and others consistently ask themselves the question, ‘Are we in good hands?’ and will watch to ensure they are. Be sure that even as they ask, they manoeuvre for the possibility that they may not be.

Family relationships constantly pose tests of independence, in the extreme as unwelcome comment, poor or aggressive behaviour. Be prepared to set those boundaries beyond which certain actions by others will have repercussion and clear consequences. Show that you can be independent if and when you have to. 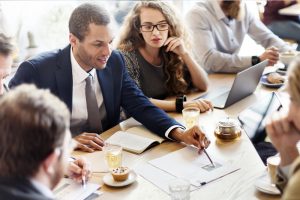 With more senior roles comes an increase in responsibility and a need to act for the ‘company’. With family, this can be tricky. Who or what is ‘the company?’ “Are ‘we’ not the company?” Not always. A willingness and ability to simultaneously acknowledge the role and importance of family while acting for the company will require you to meet the test of independence.  Be ready for it.

‘If leaders acknowledge the backing of family shareholders, they will earn this critical constituency’s loyalty.’   Ivan Lansberg, ibid.

Entitled to Enabled – are you there yet?

The language of ‘testing’ presents an opportunity to move from validation by others to enabling, development and possibility for you. To be without tests is to be entitled: a move to a ‘conclusion’ or end without any of the messy rites of passage. To go ‘straight to perfect’ – although you aren’t.

Your willingness to be tested is the first step. As skippers facing the next wave, you must overcome it because it is there. To complete the race, you meet the tests. Understand and manage the cyclicality of testing; when it will be more intense and when not. Not every wave is the same (though they keep coming).

Second, take control of your ‘narrative’.  What’s your story? Develop a ‘fair and accurate’ record of your accomplishments and qualifications. Ensure that this feeds into the narrative being shaped by stakeholders. Family love to talk.

Finally, to be both effective and fair, testing must be both individual (for the successor) and shared (of and by family).  As family, business and the number of owners grow tests are a natural part of development to hold the confidence of others. However tests must also be enabling: to allow for the steady progression of roles and responsibilities, the supported exposure to ‘circumstance’ and the sensible support of others. If not, the ‘race’ has no end, is doggedly solo and presents little opportunity to grow.

To view and set up tests to move from entitled to enabled is the core of the challenge and the possibility to cross that line – when it finally comes – intact and with purpose.  A skipper would not wish for anything more.

Ivan Lansberg ‘The Tests of a Prince’ Harvard Business Review.

Any cookies that may not be particularly necessary for the website to function and is used specifically to collect user personal data via analytics, ads, other embedded contents are termed as non-necessary cookies. It is mandatory to procure user consent prior to running these cookies on your website.